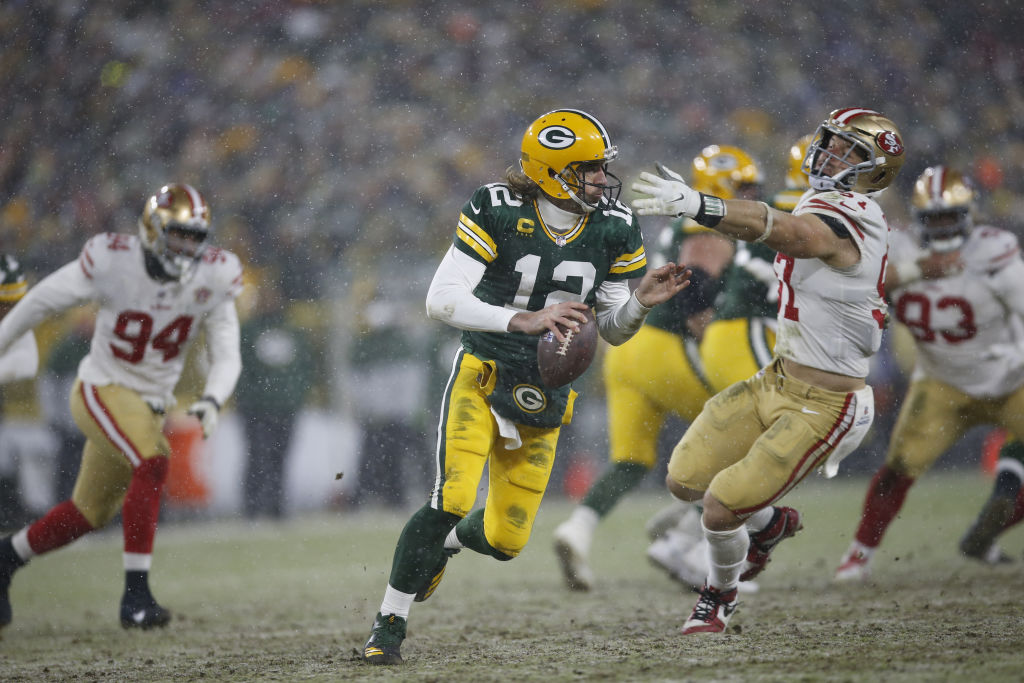 Aaron Rodgers got inked up ahead of his 18th NFL season.

The Packers quarterback shared his new tattoo on Instagram on Wednesday, and pledged to explain why all the details in it are “deep and meaningful” to him at an undisclosed later time.

“First tattoo. From the 🐐 himself @balazsbercsenyi Grateful for his mastery and friendship 💪🏼❤️ 🇭🇺,” Rodgers wrote in the caption.

“There’s a deep and meaningful story and connection to absolutely each element of this art piece, and I’ll share a little more about that one day. For now, just thankful for @balazsbercsenyi and his patience and artistry. #tattoo #astrology #theelements”

Balazs Bercsényi, the Hungarian tattoo artist tagged by Rodgers, is described on his website as having a “distinct, identifiable and meticulous style.”

“His artistic work is heavily influenced by ancestral practices and ritual, spirituality, sacred geometry, the occult, and sculpture,” Bercsényi’s website reads. “He leads the industry as an expert in single needle and fine line black and grey talisman tattoos, which have become his trademark signature for independent art projects.”

Rodgers has won the NFL MVP each of the last two seasons, as questions have swirled as to how long he will be the signal caller for the Green Bay Packers.

Aaron Rodgers shared his first tattoo and promised to explain its meanings at a later date.Getty Images

Nonetheless, Rodgers signed an extension this offseason that ties him to the Packers for several more years.

Last month, Rodgers told reporters that he “definitely” wants to retire as a member of the Packers, adding, with a twinkle in his eye, “unless they trade me.”